Published in the Milwaukee Journal Sentinel (WI) on October 26, 2003

Published in the Milwaukee Journal Sentinel (WI) on December 5, 2004

Published in the New Orleans Times-Picayune (LA) on January 30, 1994 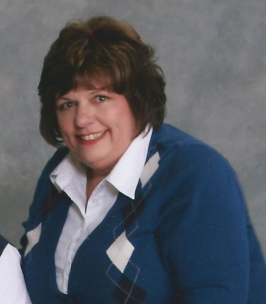 Born to Eternal Life on April 1, 2020 at the age of 59 years. Preceded in death by her parents Quinn and Joyce Kearney and her brother John Kearney.
Loving mom of Erin Beaster. Dear sister of Peggy (Stan) Horton. Aunt of Brad and Stephanie, great-aunt of Callum, Graham, Flynn and Myles. Further loved by other family and dear friends.
Gail was an employee of Corporate Central Credit Union.
In lieu of flowers, memorials to a charity of your choice.
A memorial service will be planned for a later date.

Kopca, Richard John Jr. Age 50. Died peacefully at home while surrounded by family and friends on March 4, 2010. He was the cherished husband of Joanne, for 25 years. Loving father of Michael John and Katherine Therese. He was the beloved son of Richard John Sr. and Judith Kopca. Dear brother of Brenda (Ken) Bembenek and Jennifer (Bob) Winter. "Favorite" son-in-law of James and Judith Menger. Brother-in-law of Michael and Robert Menger. He was preceded in death by his grandpa John F. Kopca and his sister, Juliann Dorsey. He will be missed by many other relatives and friends. Dick was the proud owner and operator of John the Muffler Man.

Published in the Milwaukee Journal Sentinel (WI) on March 7, 2010

Sandra W. Kiser, age 45, of Kansasville, passed away Wednesday, April 19, 2006, at Memorial Hospital of Burlington. She was born September 1, 1960 in Milwaukee, to William Sr. and Delores (nee Kintop) Lemberger. She spent her early life in Franklin and was raised by her grandmother, Helen Kintop. On June 30, 1979 in Hales Corners, she was united in marriage to Michael Gary Kiser. He preceded her in death on October 8, 2001. Following marriage they resided in Kansasville where Sandra continued to be a resident. She was a Postal Worker for the Kansasville Post Office and was a member of the Church of Nazarene in Burlington. Survivors include her father, William Lemberger Sr. of Milwaukee; her children, Samantha R. Kiser and Michael J. Kiser, both of Kansasville; siblings, Judy (Ron) Neudorff of Milwaukee, Gary (Kathy) Nichols of Mukwonago, Jacquelyn Karlik of Elkhorn, James (Margaret) Nichols of East Troy, Barbara Nichols of Franklin and William Lemberger of West Allis. She is further survived by nieces, nephews, other relatives and friends. She was preceded in death by her mother, husband, daughter Delores and brother Randy.

Published in the Milwaukee Journal Sentinel (WI) on April 23, 2006

Daniel E. Nekich of Libertyville. Visitation for Daniel E. Nekich, 49, will be from 9 a.m. until the time of services at 11 a.m. Saturday, May 22, at The Chapel, 1200 American Way, Libertyville, with a time of fellowship and luncheon following the service at the church. Born Sept. 18, 1960, in Franklin Wis., he passed away Monday, May 17, 2010, at Condell Medical Center. Daniel was a 1978 graduate of Franklin High School, and received a bachelor's degree in business and an MBA in finance from the University of Wisconsin, Oshkosh. He was the NCAA all-around national gymnast champion for two years and was inducted into his university's Hall of Fame. Dan was employed as the director of product development at the World Kitchen Corporation in Rosemont, and was an active member of The Chapel in Libertyville, where he served in the Children's Ministry. Dan was a beloved man, admired by everyone that knew him. He enjoyed the outdoors, biking, golf, mountain climbing and ran in several marathons. Surviving are his wife Janet Nekich (nee Brady) and children, Daniel, Caitlyn and Connor Nekich, all of Libertyville; parents, James and Mary Ann Nekich of Franklin, Wis.; sisters, Dona (Terry) Alberti of Oregon, Wis., and Tami (Garry) Werra of Milwaukee; and his brother, Steve (Diane) Nekich of Milwaukee. Memorial contributions can be made to the family as an education fund is being established for his children. Arrangements are by the Burnett-Dane Funeral Home, Libertyville, 847-362-3009.

Published in the Chicago Suburban Daily Herald (IL) on May 19, 2010

Published in the Milwaukee Journal Sentinel (WI) on November 16, 1998


Craig’s wife, Laure, shared the following information: "Craig passed away Feb. 20th from complications of a lung transplant. Craig served a tour in Iraq in 2003 where he contracted a lung disease which required the transplant. Before that he drove truck for Unisource and drove heavy equipment for the Airforce Reserves." 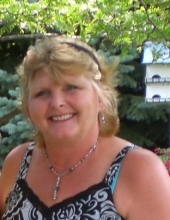 FORT WORTH - Jilaine "Jill" Will went home peacefully and unexpectedly Sunday, Dec. 18, 2005. Graveside service: 1:30 p.m. Thursday in Shannon Rose Hill Memorial Park. Visitation: 11 a.m. to 1 p.m. Thursday at the funeral home. She was born Jan. 13, 1960. Jill was preceded in death by her parents and one sister. Survivors: Numerous friends, who will miss her dearly; and her loyal companion, her dog, Rocky.

Published in the Fort Worth Star-Telegram (TX) on December 21, 2005

Dale Anthony Wiza, born to eternal life, unexpectedly in the midst of doing what he loved on Thursday, March 8th, 2018. Generous and nurturing son of Rose Wiza. Dedicated, loving husband of Patricia Grady Wiza and selfless best friend and father of his two precious girls Nicole Marie Wiza and Jennifer Rose Wiza, as well as his multitude of friends who he held so close to his heart. Dale was a servant for the Lord and it radiated through him as he was a living gospel. He found peace during his long hikes in the woods with his three dogs, as well as hunting, fishing, camping, and snowmobiling. It brought him great joy when he was at one with nature. He ended his days as co-owner of Professional Engineering Placements and member of SAE. His discipleship and servant’s heart had a ripple effect on anyone exposed to his love. Memorial visitation will take place on Friday March 16, 2018 at ELMBROOK CHURCH Chapel (777 S. Barker Rd, Brookfield) from 11am until time of service at 1pm. A reception will follow.